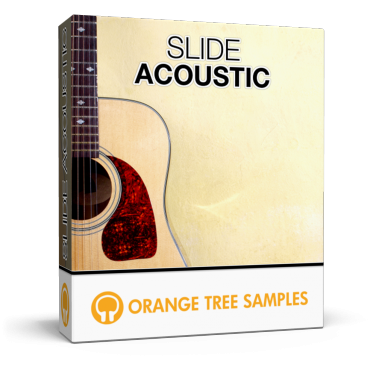 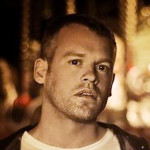 This has jumped straight into the go to arsenal within a very short time. I have used it on two recent advert pitches where time is of the essence. The ability to get ideas down quickly is a must and I achieved this with SLIDE Acoustic.
Aidan Lavelle
TV/film composer 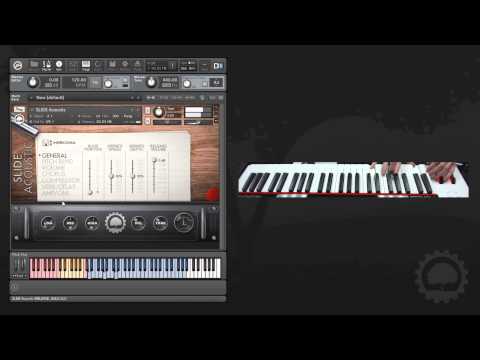 SLIDE Acoustic extensively models the sound of an acoustic steel string guitar played with a slide, commonly heard in blues and country/folk music. Rather than including pre-recorded slide articulations, which would limit the intervals and speeds of sliding, we've developed an ultra-realistic slide engine that models all the nuances related to slide articulations. This includes everything from keeping the slides timbre-correct as well as the noise of the actual slide moving on the strings. This also applies to vibrato as well, using a custom LFO in addition to the slide engine for realistic vibrato. We sampled the acoustic guitar with an open D tuning, a common tuning used for playing slide guitar, which has a deeper, richer tone than standard guitar tuning.

SLIDE Acoustic also includes a slew of effects, including tremolo, chorus, reverb, delay, amp modeling, and much more. That way you have complete slide guitar tones readily available right out of the box. There is a preset system that lets you load factory presets as well as your own external preset files quickly and easily.

By emphasizing realism and playability, we want playing SLIDE Acoustic to give you the same excitement and inspiration as playing a real slide acoustic steel string guitar. 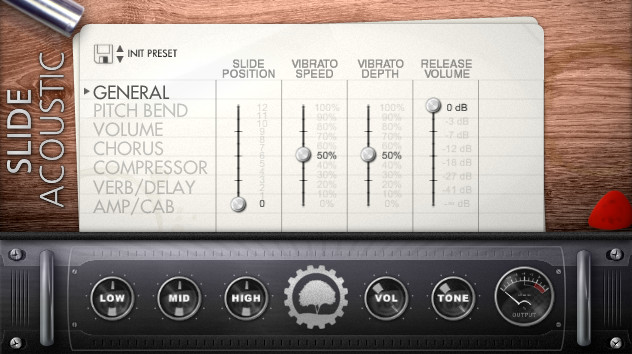 - Realistic exciting of the strings when sliding or playing vibrato

This product requires a total of 2.6 GB of free disk space in order to download and install the sample library. The total size of the download is 1.3 GB, and after installed the library occupies 1.3 GB.