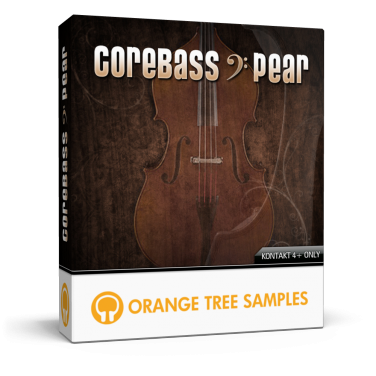 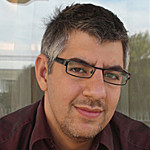 [T]he best bass library I've tried. It's not only the instant, sheer playability, but also the fact that it has various nuances, slides, which I love using, as well as a rather customisable sound. I've used it in all sorts of projects, from ads to computer games, and it always supports the gig fully!
Nikolas Sideris
Resonance, A Tale of Two Kingdoms
You can simply load up one of the patches, leave the interface alone, and start playing. If you close your eyes and play, then you'll hear a real upright bassist playing from your speakers. I don't know how [Orange Tree Samples] does it, but I think there's something akin to magic in [their] scripting.
Wusik Sound Magazine

CoreBass Pear has many features which set it apart from other upright bass sample libraries. For example, CoreBass Pear includes a fretless slide technology which allows you to seamlessly slide from one note to any other at any speed. It also debuts our new Dynamic Key Color system, which lets you see which MIDI notes are being played by which strings on the bass--directly on your KONTAKT keyboard!

- Legato articulations from hammer-ons to pull-offs as well as the ability to seamlessly slide from one note to any other.

- Adjustable pre-pluck noises for added realism in the attack of the notes.

This product requires a total of 284 MB of free disk space in order to download and install the sample library. The total size of the download is 140 MB, and after installed the library occupies 144 MB.